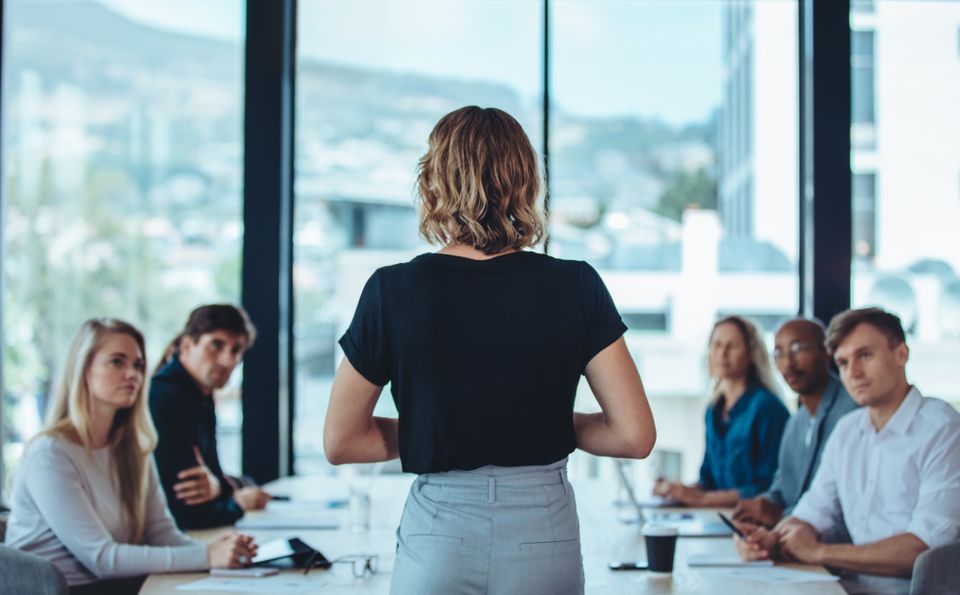 Defining leadership is a task fraught with problems.

It is far beyond the scope of this blogpost, or even this entire website, to resolve the definition of leadership. For an extensive review and critique of the problem, check out Joseph C. Rost's book, Leadership for the 21st Century, which tried to tackle this problem nearly 25 years ago.

Rost shared his comprehensive review of the existing literature and identified several major problems that most leadership theory shares. Two are particularly relevant for the problem of definition.

For one, when we talk about leadership, we focus too much on what he calls "periphery and content" and not enough on relationships and processes. I've previously written about peripheral issues like leadership traits, and I like his focus on relationships and processes, as those are addressable by development of skills and behaviors. And almost anyone can learn new leadership skills and behaviors.

Second, there is a tendency to define leadership by our own personal and intuitive ideas about leadership, even though there is no real agreement on what those ideas are. We rely on "I know it when I see it."  As he notes:

"The difficulty with this approach, however, is that the phenomena that one person judges experientially to be leadership often are not evaluated as leadership by other people who see the very same phenomena."

In my classes, we discuss these challenges and I offer an exercise. I post a list of four people who are widely recognized (or at least written about) for their leadership: Steve Jobs, Rosa Parks, Mother Theresa, and Teddy Roosevelt. I've done this exercise multiple times and the best we have come up with are terms like "resilience" and "persistence." I agree that those are positive and shared qualities, but I don't think they help us much with defining leadership. It certainly must be more than being resilient and persistent.

Since Rost published his work, much new research has been published in the people and process domains – in fields such as behavioral psychology, neuroscience, and organizational psychology, and in areas such as emotional intelligence, psychological safety, and continuous experimentation where this research is applied. It is in these areas that contemporary leaders need to invest in skills development in order to improve on the less effective leadership models from the last century.

Given all of that, what definition do I use when I write about leadership?Furthermore, the word leadership is sometimes used as a synonym for management. Are those two things the same?

Let's look a little more at those two words that are often confused: leadership and management. For me, these are two fundamentally different concepts.

In my writing I do admit that I have a tendency to interweave them. This is partially intentional, because my goal is to help improve the practice of management by introducing the best practices of good leadership. I want to help managers use leadership skills like coaching, and building a great working environment. Neither of those process are limited only to people who are managers. I am also working to help develop new and aspiring managers by offering better words for management than "controlling" and "administering" and "supervising." In the end, our organizations will be healthier with a lot fewer managers, and we have an unlimited need for more leaders.

So let's start with leadership. I use a simple, operational definition of leadership:

Leadership is the process of engaging effectively with other people to get stuff done.

When we emphasize the fact that leadership is a process, we most closely address the real, day-to-day challenge that most leaders face – "What do I do today to help the people that I work with?"  I like the concept of engaging effectively rather than supervising ineffectively or, worse, controlling coercively.

And I really like the idea that leadership is not a role or a title or part of a hierarchy, but instead is simply the work that is done by aligning with other people. Leadership is done by anyone, in any situation. If you need to "get stuff done," whether it is with a formal or informal group, whether it is for a specific documented objective or a less detailed goal or task, then you are a leader.

In my post on Thursday this week, I'll look at the related issue of defining what a manager does. A sneak peek: not all managers are leaders.

One additional sidenote: when defining leadership, the question rarely fails to come up eventually: "Well, what about Hitler?  Was he a leader?"

I will acknowledge that there are leaders who do get stuff done through coercion or charismatic paranoia. That is not a "best practice of leadership" but I would be foolish to say that hasn't worked at times in history. Joseph Stalin, for one horrifyingly egregious example, managed to coerce and control the population of greater Russia and surrounding territories for decades through the use of genocide, mass murder, and institutional imprisonment. Jim Jones managed to psychologically manipulate hundreds of cultists into a mass murder and suicide pact in Guyana. While these men and other people like them are "leaders" in the gross sense, I view the challenge of trying to include them in a discussion of the best practices of leadership as a distracting waste of time.

Immoral, corrupt, narcissistic, and evil leaders are something to be feared, not emulated.