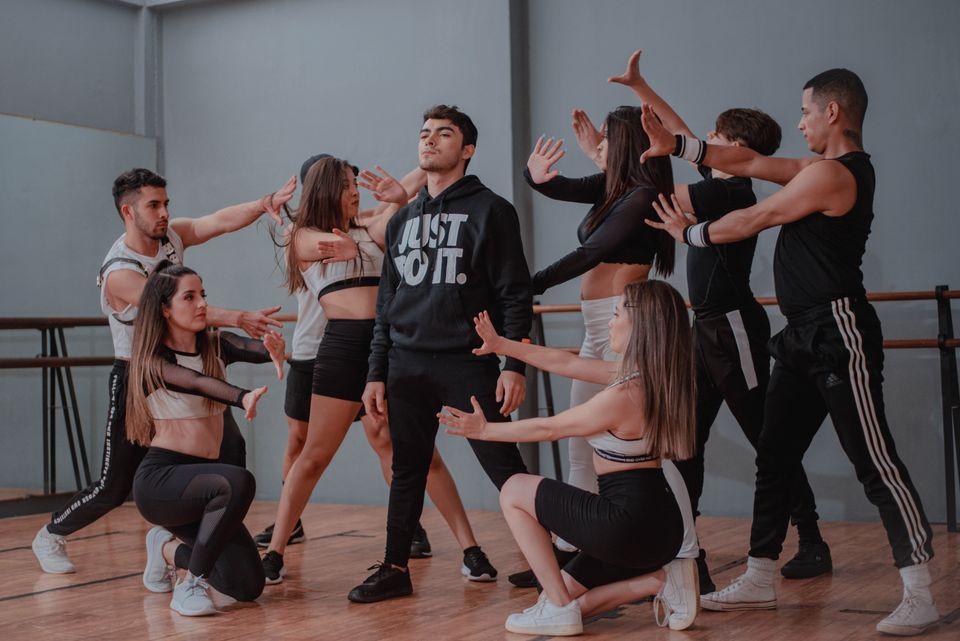 Just to set the stage here: this is not about "team-building activities." Pretty much any sitcom set in a workplace has its version of the disastrous corporate retreat, trust fall, or ropes course. As one website puts it, "Trust falls are so 90s."

Instead, think more about the idea of building a team that works together. A group that functions at a high level is much more than the just the sum of the individuals on the team. How can you make that happen for your team?

One of the finest team-building practices is actually just that: practice. Great teams run great practices. I'm not just thinking of sports teams here, either.

Think about the world's great orchestras: they don't arrive on the evening of a concert, pull out some music, and start playing Beethoven. They have rehearsals, which is just a fancy word for a group practice. The players also practice individually ahead of time; they know the tough passages that they will have to play and work out those passages prior to the rehearsal.

Theater is also famous for practice. The process of developing the actual performance of a play takes many types of practice: working out lines, blocking where people stand during the performance, arranging lights, testing dialogue, rewriting, improvising. The actual performance comes after long periods of learning, testing, and preparation.

Practice requires something more than just reading or reviewing material. Practice is best when a real-life simulation comes as close as possible to the actual task. In one class I have taught, the question is posed: If you were having a heart attack, who would you rather have giving you CPR?

I'm for option 2.  It is as close as possible to the actual task as it can be.

Managers often spend a great deal of time and effort trying to hire top individuals. Everyone wants to bring on great individuals to join a team. We assume that hiring top performers leads to top results.

But teams that have top performers who don't work well together are missing out on a huge difference maker. High performers who compete with each other may even create a toxic culture on the team that subtracts from, rather than improves, overall team performance. I'd always much rather have an all-star team than a team of all-stars.

So what really makes the difference? How do you get from a group of individuals adding up their own individual performance to what the military strategists call a "force multiplier effect?" From the Oxford English Dictionary:

The effect produced by a capability that, when employed by a combat force, significantly increases the potential of that force and thus enhances the probability of successful mission accomplishment.

The true force multiplier for teams is team learning and practice together.

Team learning and practice is about doing what your team does, but adding the conditions of a rehearsal: practice, feedback, repetition of difficult portions.

Ideally, you should do a true "practice run" or rehearsal. For a few tasks, rehearsal isn't an option. Heart surgery, for example: it is hard to get a volunteer to practice on.

But these situations are rarer than you might think. For example, one of your executives can sit in and simulate a sales call or product demonstration. You could hire someone to practice handling specific customer service call situations. Simulations are available to practice decision-making under pressure. Be creative! The key is to set aside time for the team to rehearse and practice under realistic conditions.

A practice session can be a terrific replacement for a typical daylong team- building retreat. All the hoped-for benefits of the old-fashioned group icebreaker or team challenge now become authentic and practical, and actually help with real-life performance. Contrast this with the strategy powerpoint, inspirational speaker, or brainstorming session that is part of the usual daylong retreat; instead of a passive listening session, you will be doing real team-building. Your team will thank you!

Even if it is impossible to block out time, create a full simulation, rehearse a team action, and get feedback, a great leader can still turn daily activities into much stronger team-building development work. You'll have to build in "rehearsal activities" around the performance of the actual task.

It takes intent and dedication to develop these conditions, but this is what team-building is really about. It also requires a non-traditional, egalitarian leader to make this work.

One last note: this kind of team-building takes time. You can't build true teamwork unless your team has an extended stretch of experience actually working together. The team has to be kept intact when possible, so that the team learning is preserved and the high performance is maximized. Why break up high-performing teams anyway? Corporate reorganizations and organization chart tomfoolery are often to blame for ruining team-building efforts.

How good could your team get if they had a chance to practice under realistic conditions and get feedback? What is standing in the way of making this happen in your team?